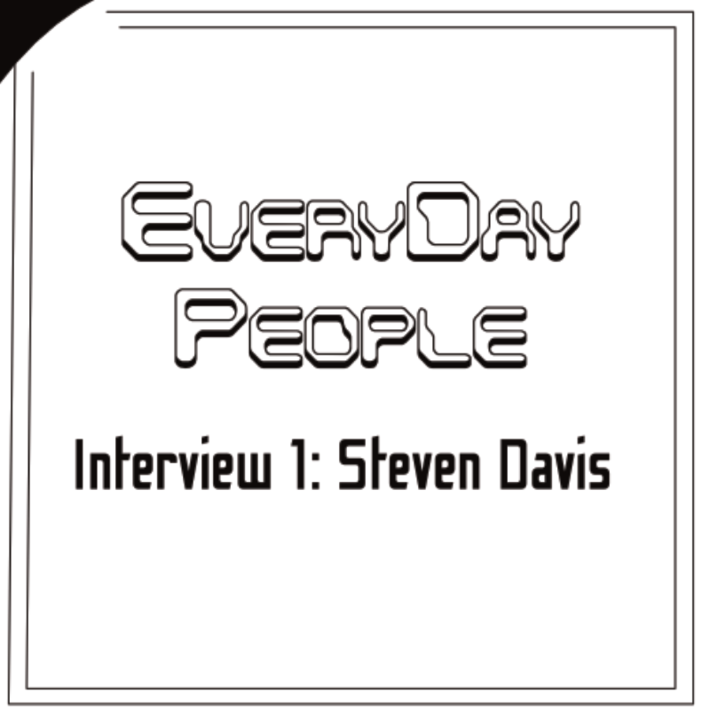 In the first episode of EverydayPeople we talk to a retired veteran who wants to share his story of military experiences he has had and his life as it centered around the LGBT community guiding and mentoring them. Which ultimately helped him become stronger.

Steven Davis, retired veteran, tells us how he grew up from a young to the age he is currently. He got in a lot of trouble which caused a lot of backlash and issues. But after he graduated high school he decided to enlist in the army to serve a bigger purpose than being all about himself. Within the army he was a human resource specialist who taught a human resource class to all his brigade who was in the human resource department.He speaks on how his military travels and experiences have changed him significantly as a person along with having to look after soldiers younger than him he really found most of them came from broken homes or homes with no sense of structure.

We all know that having no sense of structure at home can cause a young male to lash out on people or get into a lot of drugs / violence that they don’t really need to get into. Plus being apart of the LGBT community and all that on top can be even more dangerous. We see children, adults, and even young adults take their life because of people who don’t want to except which is a norm today. In some areas more than others but there are a many voices out there that will speak for them and sometimes it becomes too late for us to reach them. This isn’t in the interview posted but Steven Davis and myself were apart of this group called Generation X where we wanted to provide a safe space for LGBT members to communicate and sort out all their problems with help from like minds. I was the president and he was the vice president and we set out on a mission to empower LGBT youth and young adults to be themselves. We started back in 2015 and we had to put a halt on things due to the climate of Facebook changing and things that we had going on outside of our group that took over that priority. But we will continue this conversation with a follow up on Generation X on a future podcast episode.