Over the last 5-7 years its become a pretty popular trend for everyday retail investors to sink portions of their savings into Facebook, Apple, Amazon, Netflix, or Google stock options. In most cases investors made lofty returns n these new technology categorized group of companies. Everyone knew that these companies generate a substantial amount of their income and revenue through digital advertising. As these FANG stock prices rose investors never asked themselves key questions that would have steered them clear of the continued downward movement in correction pricing which is affecting the whole market.
The clear picture in plain sight revealed an ugly truth that marries business and government. No one questioned where the trillions of digital dollars were going, and why so many of the printed currency was not transferred into the hands of the U.S. citizens, tax free. The government's solution was to enable corporations with hundreds of billions of dollars worth of currency. This allowed companies to have leverage over the same citizens that should have been benefiting from these funds, tax free, to begin with.
No less than 7 times since June 30th, 2018 there's been bad news about the decline of the FANG sector. These companies were fully funded and moving forward with all of the stimulus package funding, but something was obviously wrong. These companies took in vast sums of money from the government and FED Reserve, yet these companies don't even look profitable according to the fundamentals of investing. In fact between Facebook, Amazon, Netflix, and Google, Facebook has the lowest "Price to Earnings" (P/E) ratio. This is a good thing, but for every $20 of income that Facebook generates it only profits $1! In reality companies like Netflix, Amazon, Google and Facebook would not exist without the government's infusion of monetary support. Netflix has a P/E ratio of 96. So for every $96 Netflix generates in revenue they only profit $1. Since this strange set of events seems to be running rampant among FANG stock companies business analysts have labelled many of the companies zombie companies. CNBC recently wrote an article regarding the existence of zombie companies.(https://www.cnbc.com/2018/10/31/zombie-firms-are-fueling-fears-for-the-global-labor-market.html)

People should have been asking questions like, "The government won't let the general public operate in these types of ways. So how is it possible for companies to handle business in this manner?" Still even to this day most FANG retail investors insist of listening to the commercialized sales pitches of the television analysts. They insist that investing in fraud will continue to be beneficial to them.
CNN made it quite evident that these particular set of stock don't follow the fundamental rules of traditional retail investing. It's quite amazing to see how the Apple stock, " is now down 20% from its peak in July, placing it in bear market territory." (https://www.cnn.com/2018/11/19/tech/apple-stock-iphone-demand/index.html) It doesn't look like consumers are going for the continuing price raises that Apple implements every time that they release a new Iphone model. It is looking more and more like the American citizens stimulus money is caught up in the ever growing inventory that FANG companies control. This is especially the case with Amazon and Apple. 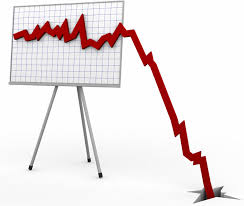 This crisis did not begin on Monday, November 19th, 2018. As mentioned previously the Dow Jones Industrial and NASDAQ averages have taken significant dips at least 7 times between June and November 2018. These dips were direct results of negative reports stemming from the FANG sector. It just so happens to be that even with Apples on par P/E ratio of 15 a slight daily decrease in Apple's market valuation price adversely affect other companies that are technology driven. When the FANGs go down the markets go down.
Tags: fang stocks, market drop, correction territory, making the right investment choices, apple and amazon, investment advise with common, sense that you can learn from, should you invest in neflix, whats a price to earnings ratio, consultingguy writes about the market
E-mail me when people leave their comments –
Follow
Posted by Revealing Better Results

This reply was deleted.