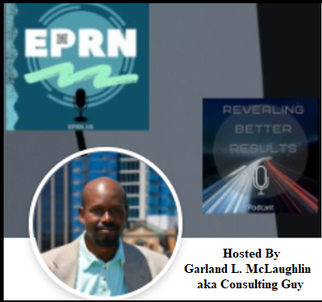 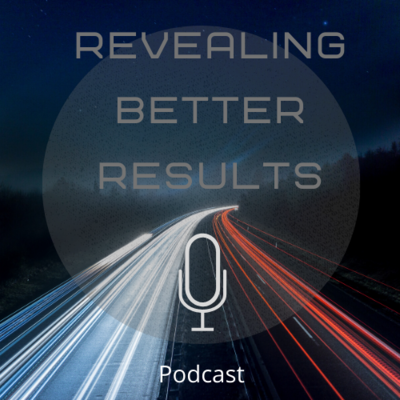 Welcome back to another episode of revealing better results, your host galand mclaughlin, also known as the consulting guy. And this is show 109

and we're getting ready to get in full swing with another magic city, highlight each to a season. And today we have the chief operations officer match for the highlight back with us.

The commissioner, mr. Scott Savin. Welcome back to revealing better results. Scott, how are things going and Good, we have a lot to talk about today.

We sure. Do we sure do things are great. It's great to speak with you again and you know, it's opening day here. And so many new things and positive things for us.

So we're happy to get underway today. All right, well, well 1st off, how did you have you come up with the vision or where did it come from?

Where the vision come from to come up with a faster version of hi ally and branded team concept that you know more fans would be attracted to. Well,

we were told basically by the people that were watching and especially some of the younger audience that we needed to find a way to speed up the game, make the points go faster and that's really what led us to the smaller court.

And it also, you know, makes the reaction time of the players that much faster. And with the ball going a 125 miles an hour, you know,

the fastest ball sport in the world. It, it ups the danger level as well. So are everything sorta pointed to us trying to, it's fast and furious to start with and now it's just even more dangerous.

And then as far as the team concept, that was another thing where it's sort of, we're trying to determine how we could mainstream the sport and make it more fan friendly.

And everyone was always talking about, you know, people love to route for teams. Right? So we were like, all right, well, you know,

we could take the roster that we have and we could create teams and that's exactly what we did. We have a com squads and we have 4 squads with 6 layers on each water and you know,

their own uniforms and their own nicknames and a lot of cash up for grabs. And then the 2 teams with the most points over the next 8 weeks are going to play off in a championship game.

And there's just over these 8 weeks about $75000.00 up for grabs. So players have a lot to play for and we think it's going to be exciting for the fence as well.

Ok. Ok. Well well, how are you able to determine which player was going to be on? Which squad? So what we did is we tried to make the squads as evenly balanced as we could.

So we had 6 groups with the best 4 players left in each group. And then I had an 8 time highlight world champion. Look at the look at the slides we had created and then our one of our announcer's $29.00 and who's been,

you know, broadcasting highlight involved in the highlight industry for 30 plus years. I had him look it over and we really tried to come up with the most balanced line ups that we could.

And we think we have 4 very competitive teams that are going to be playing singles and doubles against each other. And they're all sorta fired up to go for this prize money.

And so we'll see what unfolds here over the next 8 weeks. Ok, okay, well, what do you think that that on the front times will adopt you new battle court version of the game?

While we've already been contacted by the International federation that overseas highlight or pollute, as they call it in spain, and they're coming over to visit with us in March.

So, chance that others will want to, you know, sort of copycat if you will, team idea. And that also will give us the ability potentially to have international team competition,

which would be terrific. Oh, okay. Okay. And I heard a little something about you'll be in 50000000 homes this season and tell, tell us a little bit about the distribution things you have going on.

of course, going to have, you know, watch highlight dot com. And the highlight app, which you can download for free. We're going to go to spain to law legal sport tv,

which is creating highlight tv. And the way people can find that is on Roku, where they're on samsung plus tv. We're there and then select tv,

zoom local now and several other streaming providers. So, $125000000.00 homes are going to be at least available for people to watch, highlight, and we're really,

really enthused about that. Wow, that's really a sign. I love that. Well, will you picked up 2 or 3 new players? Have the played at different times or the new comments to the game.

We actually signed 7 players when I like 7 new guys when daniel highlight closed, there were 7 players there that really qualify in probably the top 25 players in the world.

One of them is the number one back quarter in the entire world, and so we signed all 7 of these players to contracts. They're coming over and joining our roster this year.

So we've expanded to 28 overall players. And these guys have been practicing now for the past about 6 weeks on their, on their teams, on their squads.

And so everybody's getting to know everybody. And we've got a real international roster of 2 players from mexico to, from the Philippines to, from france in about 7 from spain and the rest are homegrown here in the U.

S. So very international roster and we're looking forward to it. Wow, yeah, an exciting mixon exciting balance there will will. Will the National highlight championships be in November this year or will they come after the cycle?

which will be double championships featuring players for around the world. And it's just going to be the best 8 teams in the world and we're having qualifying tournaments for that.

hey, can't be that long as people, you know, stay tuned in and keep watching and you know, become part of, again, you know,

that's, that's what I'm looking for. And on the global scale, do you feel highlight, the highlight community will, will adopt, you know, every fraud time will adopt the h 2 H battle core format.

I think that more and more people are recognizing that what we're doing here is the new way that highlight needs to be played makes the sport faster and patterns at after tennis and ping pong,

which both sports fans understand those games and can follow those games. So looks like we're, we're certainly gaining a lot of global acceptance, and a lot of people have decided that this is the model to follow.

So we're, we're certainly very happy to lead the way and, and be on the forefront of highlight. Ok. Ok, well did this season this season,

do you anticipate any, you know, stop, it's like the last couple of years or more than likely things will run smooth for you this year. We think it's going to be very smooth.

You know, we're like the whole world dealing still with, you know, leftover pandemic effects. But our guys are ready to go and everyone is committed and so you know,

little little, good luck and we'll go straight on through and it will be a remarkable season. Great, great. Well, what do you think highlight age to age?

You know, could win over many of the Florida baseball fans, you know, because it's a lockout. You think you'll be able to convert those fans to watch highlight this year.

garlen, you really hit the nail on the head there were hoping for that with the with spring training delayed. You know, people are looking to consume sports and of course,

So we really think we'll get a lot of eyeballs on highlight. And then these people be like, well, this is great. You know, I'm going to tune in next Sunday afternoon and watch these guys play.

So I think we're going to make a lot of new fans and really stir things up, not just in the world of highlight, but in the overall sports world.

Right. Wow. Well, well, all right, scott, it's definitely been a pleasure having you on the podcast and I look forward to more updates as the season progresses.

And, you know, well, you mentioned the main days. You said one sunday through tuesday. Yes sir. suddenly monday, Tuesday 5 PM Eastern time,

5 PM Eastern time, and the 1st battle court matches are tonight. This is our day. This is it, times day we get things started. All right,

all right. Well thanks once again. And thanks for the list. Thank you. fullest listening audience for tuning in, stay tuned in to feeling better results.

listeners continue liking, sharing and following rain and revealing better results, podcast on social media platforms where you see us and I'm your host garland mclaughlin, also known as the consulting guy and have a great week everyone.