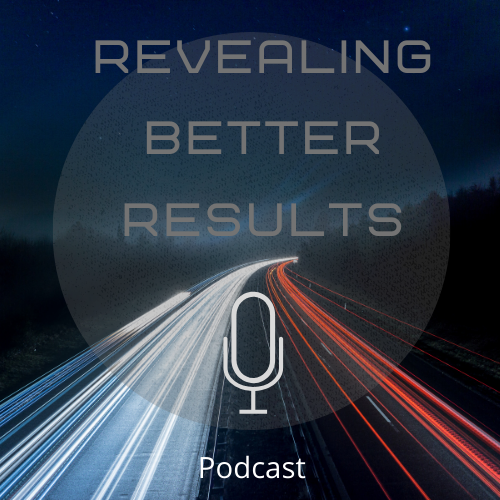 Welcome back to another episode this is episode number 77 here on revealing better results and where on the exquisite podcast radio network my name's Garland McGlothlin also known as the consulting guy you can google me or call or text me at 704-659-3495 extension 4 updates and info on our latest ventures and the different things that we're involved in these days here on the exquisite podcast radio network and also if you are listening to was any of our social channels be sure to hit the like love and share buttons from our page on e p r n we would surely appreciate it we do appreciate it and today I'm going to be talking about what's going on in the latest with e.p.o. renewing our partnerships and such and I'm also going to be making a brief commentary on the political and different economic situations that are unfolding here in the United States and across the globe you know I think listeners will find it very interesting that for a while now I'd say over these past 4 years of our building and our process building here.

That over these past 4 years on e.p.o. or in you know and in podcast media in general you know we've we've been entrenched in our own in our own little political and economic battles mainly against the mainstream warped and soy into sided media I'll be talking more in depth about that and about our exciting growth journey that we're having this year in 2020.

And today show. Is being brought to listeners in part by exquisite barista services read Star nation and Magic City High lie book the book with a bit blue book The barista or enjoy exquisite coffee and tea at home or at the office visit exquisite barista dot com And coming soon red star nation but in the meantime visit Red Star digital marketing dot com for all your website and digital build out projects go ahead and tell them Garland sent you and you also have to check out on the weekend Magic City hi lie you have to watch a couple of magic city I live matches p.r.n. very exciting to fast this sport in the world and well if that's the game in the world and 9 invites you all to stay tuned to Magic City High lie matches and broadcast via e. p.r.n. and also as the tuned I'm going to go a quick break and I'm going to be back with the current revealing better results politics and economics of e. p.r.n. Stay tuned.

And we're back here from the break here on we're building better results show number 77 and I'm a consulting guy go in there McLaughlin And today as promised we'll be giving you well I'll be giving you a breakdown of what's going on here in Peoria and I'm going to compare what's going on in economics and politics in the country and around the globe to.

A little of what's going on here in our organization and you know the politics and economics of the United States has been you know been been simular. With the ups and downs.

That you p.r.n. is experiencing as well you know over these past 4 years it's been you know turbulent smooth times then we're up in the atmosphere it's times so it's been it's been a.

Mixture of you know different circumstances that are gone have gone on and within our organization and in the politics of of the United States and the economic situations with the new you know United States they've been you know pretty simular over the course of time and we've overcome challenges by refining our network and doing things differently and being precise with what we are we're doing and but it seems like on the other hand the government doesn't want to admit that on there and a total change is necessary a total overhaul is needed.

In order for them to recover or to rebound from the challenges that they've been facing recently and here on e.p.o. or in exclusive park as reviewing network we definitely reached a growth spurt stage the political collective voices of the real people have reached a critical mass is better disrupting the political process here in the United States and economically the real people can disable the current systems that are employees e.p.o. are in is leading with our voices in a similar fashion but against mainstream misinformation mainstream divisiveness you know this is what we have in been battling over these past 4 years.

Sound familiar are people doing the same thing you know towards the United States government toward governments and the world in general you know I've I've heard in a movie one time.

The movie was called The Departed Martin Sheen was playing a police captain and he said in his role he said we deal in deception here not self deception Well here at e.p.o. or in we don't even deal in deception at all we teach empowerment we empower our podcasters our listeners and just our community in general to go out and take the appropriate actions needed within their lives in order to push themselves forward.

And that's one of the main things that we do here and I could go on and on and on and we see similar political circumstances and those circumstances can and often result in different outcomes situations positive economic outcomes I want to give a quick shot out to Mr Scott saving Scott's even is the chief operating officer at Magic City High ly and I definitely want to thank him for supporting e.p.r.i. in for a year here that's coming up and we'll be doing a number broadcast with commercials and promotions and we also know building on a partnership and what I want to do right now is I want to any listener out there that joins the network because you can join the p.r. win for free any listener out there enjoys the network and refers 5 people to join the network they'll get a copy of The Magic City hustle documentary free copy so join for 5 people get a magic city hustle documentary it's an award winning documentary by the way so and it's very interesting so I invite you all to do that even members members can do the same as well and our hosts open to everybody invitation and I also want one our listeners out there to check out an update check out red star digital marketing dot com If you need a Web site call Luke.

Let him know you need a website in the go ahead and tell him Garland sencha and now right now you can have exclusive barista coffee or tea at home or at the office visit exquisite barista dot com Click shop our coffee selections follow the online order instructions and receive your exquisite selections and blends well there you have it.

And that will do it for this latest episode revealing better results I'm your host go in Delmas go off when also known as the consulting group. And have a great week everyone.

Sponsored In Part By